Four of a Kind 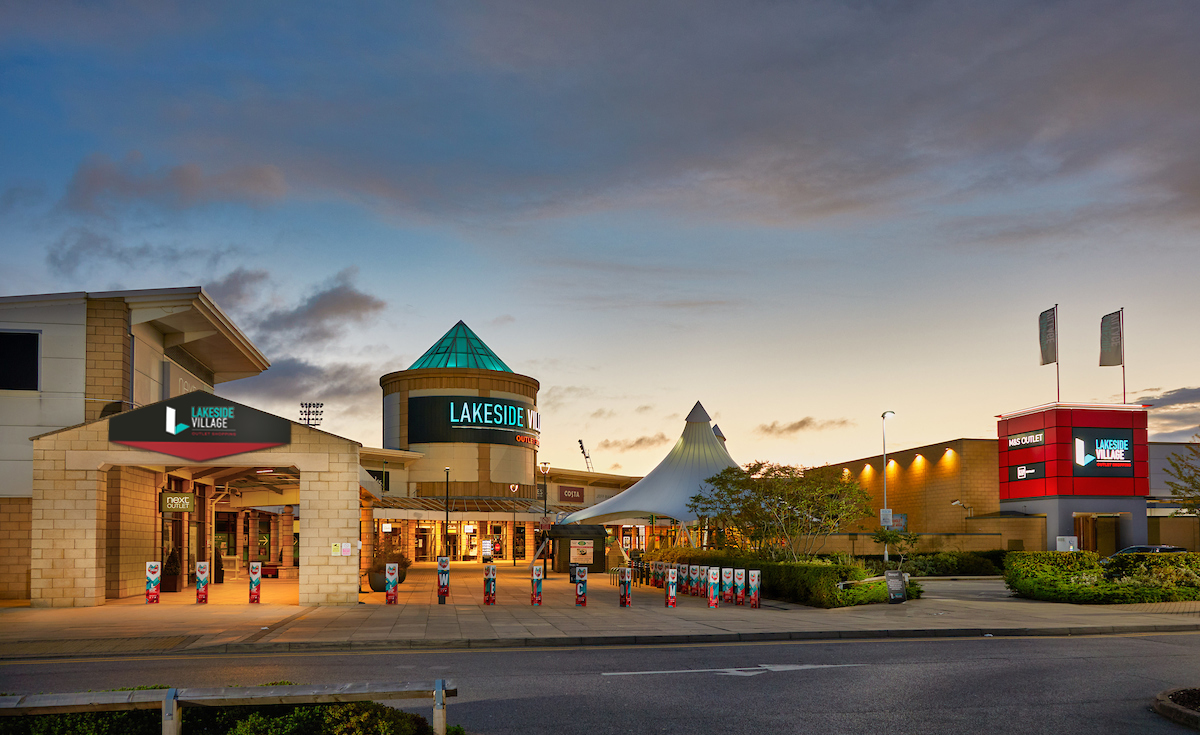 Realm’s Lakeside Village recently featured in Retail destination Magazine under the heading of Four of Kind – Doncaster’s outlet centre and the all-female management team that make it sing. By Iain Hoey.

Having never visited Doncaster’s Lakeside Village retail outlet centre, it is difficult to imagine it as the previously ‘harsh environment’ that Andrew Duncan, head of placemaking, marketing and communications at Realm, describes to me as he and the management team show me around.

Lakeside Village outlet centre in Doncaster, managed by Realm, the specialist operator of outlet centres and retail destinations, is a fairly standard affair: 50 units, anchor tenants in the form of Next and M&S, a good selection of supporting retailers and F&B brands, situated in an easily accessible location.

In addition, a fresh logo has been introduced which has seen new signage and branding added across the centre as well as a revamped Lakeside Lawn area for customers to relax and enjoy. It has come a long way from being, as Andrew put it, ‘just stone and paving and concrete’. Lakeside Village is now a welcoming, warm-hearted and sustainably-aware scheme.

Whilst the recent upgrade has had a visible impact on the outlet, it becomes obvious in talking to the team that what really makes the centre so special is the people behind it, namely: Di Rogers, Lyndsey Parry, Abby Chandler and Marie Beech. These four women make up the outlet centre’s very enthusiastic management team.

Di heads up the operation as Centre Manager. Among her other positions before her appointment to the role in 2019, she served as manager of Lakeside Villages anchor M&S store for six years, meaning she was already familiar with the workings of the outlet, and understands ‘the retailer view’. She tells me this makes a big difference when she is making decisions: “If you’ve never worked in retail, you might come up with a really good idea and say ‘oh, we could do this’. Having been on the other idea I know that it’s not going to work because retailers won’t like it or they don’t have the time’.”

Di, much like the rest of the team, is very hands-on. Her days are never the same: “You go from a men’s blocked toilet to someone that needs a wheelchair, to ‘can you just watch CCTV because  there’s people fighting’ to a customer that wants to give you some lovely feedback”.

Her day-to-day role is looking after the retail side of the operation, including regular tenant meetings to ensure everyone in the outlet feels included and listened to: “We try to keep our lines of communication as open as we possibly can.”

What makes her such a good manager is how involved she is with the scheme, including being the face of the outlet’s social media with video content and initiatives like ‘Di’s Deals’. She stops to say hello and talk to several staff members and shoppers as we walk around the site, a testament to her assertion that when she and the team walk down the mall they can wave at everybody on the way.

Her second in command is Lyndsey, the deputy centre manager. Lyndsey has been at the centre for 11 years, starting off covering maternity and then never having left. What Di is to the retailers, Lyndsey is to the operational side of things, dealing with waste management and the guest services team: “Anything from air conditioning to the boilers, to the heating, to the toilets not working, to roof leaks, paving slabs, the car park, the white lining – you name it,” she tells me, full of genuine enthusiasm for the work. She also looks after the health and safety side of things for the centre, calling herself ‘the fun police’.

The team’s devotion to the scheme is once again obvious as Di tells me about getting rid of the Covid-signage: “It’s taken us a lot longer than we thought because we had to buy graffiti remover. Lyndsey and I came in for two weeks solid and spray painted all of the floor markings – we didn’t pay a company to come and do it, we did it all ourselves; put up all the décor, did all the stencilling.” Lyndsey moans good-naturedly that she had ‘numb fingers for a month’ from holding the spray can.

Marie is the administrator for the site, dealing with the tenants for anything they need, She works alongside Lyndsey more than anyone else, helping with health and safety, noticing anything on site, speaking to the tenants and helping them with any admin they need like advertising a job vacancy.

She tells me her role also involves a lot of customer liaison, “I get all the customers from all the nice ones to all the not so nice ones to anyone in-between. Anyone who needs help, I’ll be the face of everything and organise it or pass it on.”

Marie and Lyndsey are both hands-on with the site’s waste management. Lyndsey proudly shows off the scheme’s diligently organised bin areas, where the focus is on recycling and general waste is ‘the absolute last resort’. As we tour the outlet, Marie stops more than once to pick up a stray bit of litter from the walkway to put in the appropriate recycling bin. They laugh about how their job often involves ‘a bit of skip diving’: “We’re always in bins like ‘that should be in that bin, that should be in that bin’.”

Last but not least there is Abby, the marketing manager for the outlet who has to join us via video call as she is stuck at home self-isolating. Her role, as she puts it, is ‘all things marketing and a bit of retail – and centre management when nobody else is on site’.

She believes that in retail marketing there is still a blend of traditional and digital marketing, and so they are always looking for opportunities to talk to those audience, albeit with a budget that has become more restricted in recent years. She makes a point of noting that the focus is not on social media: “We’ve got a mixture of customers and not all of them will be on TikTok.”

Abby explains that the local economic profile is ‘people that do not have a lot of money’, and so the centre puts a lot of effort into running free events. “The comments that we get back is ‘we really appreciate that we don’t have to pay for the events’ – which is really nice, and we think that positions Lakeside Village as a place to come that has a nice feel to it,” she tells.

She also highlights how important accessibility is to the centre’s profile, as it is all on one level and offers free parking: “It’s such an unexciting message ‘free parking’ but it’s not to be underestimated, particularly in comparison to the town centres.”

There is a lot more that could be said about the Lakeside ladies, but what comes through more than anything is the comradery exhibited by the foursome, who are a tight-knit unit, a real force to be reckoned with, and are full of genuine affection for one another. Andrew puts this, at least in part, down to Realm’s relationship with the onsite management team being ‘a genuine partnership’ where everyone is heard, and ensuring there is ‘no real lag’ in business decisions coming to fruition

“If Di and the team decided that the right thing to do would be to paint the centre purple tomorrow, within a relatively short space of time you’d be able to do it,” he laughs. “There’s that element of it being quite an empowered business. If you put a case forward for ‘I think this is the right thing to do’ thankfully we have the mandate to be able to do that.” What really binds the team to the scheme and drives their enthusiasm most of all, however, is that Lakeside Village is their local centre: “You’ll be in your local pub and you’ll overhear someone talking about Lakeside, all the events and the new stuff and you stop what you’re doing and will stop and listen,” says Lyndsey. “It’s our baby. We live and breathe it. We know the customers. We know what the Doncaster person wants because we’re here all the time. We’re part of the community.”

This was first published in Retail Destination Fortnightly.